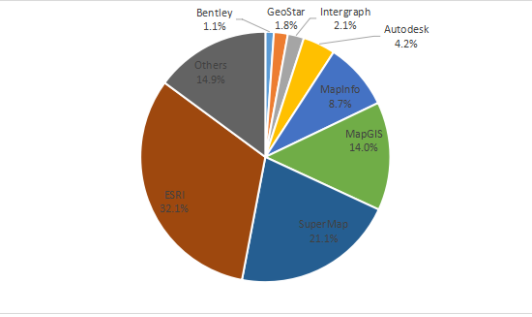 There are many ways to classify GIS platforms, ranging from how it is disseminated to how it is stored and displayed.
From the point of view of the method of distribution, GIS platforms are divided into proprietary (commercial, paid) and open source (free or open source).
From the point of view of the set of available functions, Geographic system platforms can be conditionally divided into large (full-featured, professional), medium and small (representing conventional visualization tools).

From the point of view of the scale of the systems being created, the following can be distinguished:

Only those GIS platforms that “know” to create GIS of all the listed scales can claim to define professional GIS platforms.
From the point of view of the internal organization of the system and data storage model, GIS platforms have gone from the simplest GIS applications with data storage at the file system level to modern powerful GIS platforms (in the full sense of the word “platform”) with the ability to store data in specialized extensions of industrial DBMS.
So, according to some experts in the field of GIS technologies ( https://gissolution.com.au/ ), the following main technological generations of GIS platforms can be distinguished:
The first generation is one or more programs combined into a software system. For storage, an internal data format is used, often closed by the copyright holder.

GIS platforms of the first generation, as a rule, have high performance and various unique functionalities, since the proprietary data format allows implementing unique algorithms and methods for processing and storing data, especially when solving specialized problems, and are quite easy to use and administer.

Exchange data with other systems

However, when it is necessary to exchange data with other systems, big problems arise. In addition, the user becomes tied to the provider of the GIS platform, since the transition to the use of another system causes a lot of problems with the transfer of the accumulated data array to another format. Opportunities for joint work with spatial data in a computer network are severely limited. Typically, only the file system level can be used to share data files.
The second generation is based on client-server technology for organizing joint work with data in a computer network. Has a client program for the end user and a server program that maintains its own spatial database.

It uses the database structure and internal data formats, which are often copyrighted. Many systems of this generation are a further development of the first generation GIS for organizing collaboration in a computer network.
The presence of a dedicated data server allows you to organize efficient work in a computer network.
However, there are still shortcomings in data exchange and integration with other GIS, the user also remains tied to the GIS platform provider by the data storage format. A proprietary data server often has limited functionality for working with a database, differentiating user rights, uses simplified data processing algorithms, which affects performance, especially with large amounts of data.

The third generation is an application for an end user or a system built according to a client-server scheme, which uses one of the common database management systems (Microsoft SQL Server, Oracle, MySQL, Postgre SQL, etc.) to store spatial data, and recently – specialized extensions of these DBMS (Microsoft Spatial, Oracle Locator / Spatial, MySQL Spatial, PostGIS, etc.).

Everything you require to know about IPTV