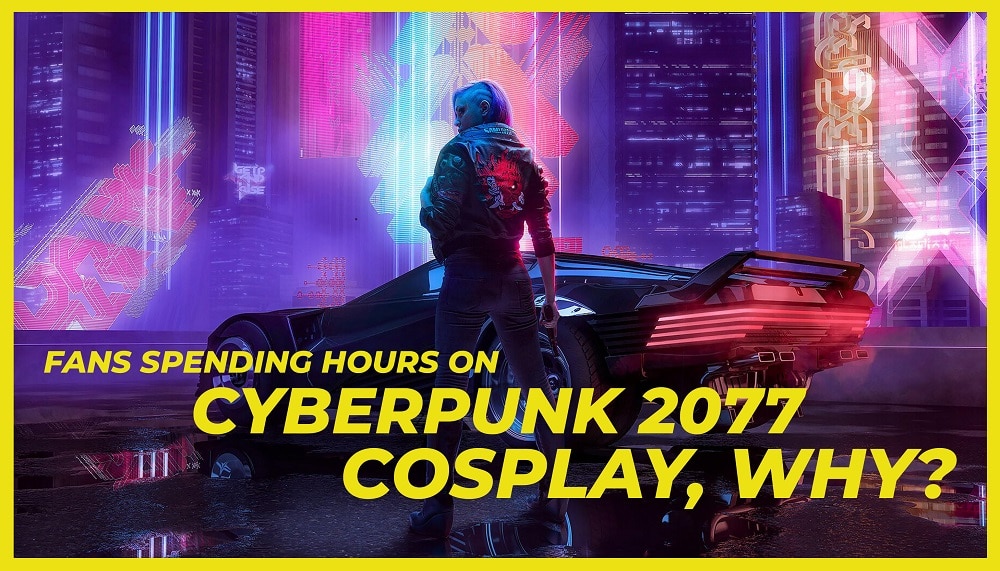 Last year, the Cyberpunk franchise came up with a brilliant way of motivating cosplayers to create Cyberpunk 2077 cosplays. The cosplay competition was a tough one as cosplayers from all around the world participated and shows brilliant work of art. Some created costumes from scratch while others took advantage of the dynamic Gaming Jackets introduced by the franchise.

The contest that started in June 2019 finally ended in October 2020. With some hardworking cosplayers cutting the top 12, many others have started taking an interest in Cyberpunk 2077 characters. The top-notch display of creativity from the cosplayers and the game designers has left the masses speechless.

After taking a good look at the characters and their costumes in Cyberpunk 2077, you will know exactly why fans are going gaga over them. Spending hours is nothing; some have spent months assembling a single costume!

One of the celebrities in Night City, Lizzy, resides in North Oak. She is a quite prominent artist among the characters since she is often on the radio. Once, she killed herself on the stage and was brought back with the help of the cyberware and Trauma Team. Now with a body made up of cyberware completely, she has gained more popularity.

The performance during which she died and was revived became her best piece of art. She now moves around with a full-body replacement and has a cybernetic jaw that is detachable. Lizzy is a fierce character, and in her signature chrome style form, she is the subject of jaw-dropping cosplays.

Female fans put in tireless efforts and did a splendid job by recreating this look. The sleek look that comes from her entirely silver body has a unique way of luring fans in. It is impossible to resist her charms!

One of the central characters of the gameplay, Johnny Silverhand, is known for his badass style and nonchalant takes. Led singer of the band Samurai (broke up in 2008), Silverhand is a highly influential personality. His original name, Robert John Under, is not a common one. Everyone in the states knows him because of his position in the military.

Although he left the military, he took part in many activities as a veteran, which proved that he is an impulsive and irrational character. His hate for the Arasaka Corporation for what they did to his girlfriend is pretty strong. He wants to bring them to ashes and free his girl from their shackles. In 2077, he is still as ambitious as he was at the start and wants to use V to fulfill his agenda.

No one can decide in one go if Johnny can be trusted or not. His reputation as a manipulator is not a hidden one. He has a bad temper, which he can’t control quite often. His edgy style and looks are extremely dapper and dangerous, making him an iconic cosplay subject!

In the city of megacorporation and gangs, the gang of Maelstrom in the Watson district is famous for its sinister tasks. Royce, also known as Simon Randall, leads the gang by raiding corporate transport and selling stolen items of technology. He violent, brutal, and too cunning. With his abilities, it is safe to say he qualifies to be a psychopath.

Controlling and predicting him is an impossible task – to the extent that he can pull his gun at you at any given moment. Understanding his motives for his actions is a futile task, but cosplaying him has been a wonderful experience for cosplayers. He is actively discussed among the gamer groups for his dark and dangerous looks.

Placed at the initial point of contact at the Maelstrom’s headquarters, Dum Dum is a member of the notorious gang. His home comes under Night City, and his signature dreadlocks make him stand out among other characters. The red-eye optical mod is another one of his iconic features that cosplayers always pay attention to.

V is a central character in the gameplay, the protagonist of the game that can be controlled by the players. From gender to appearance, every detail about V is customizable, making this character one of the most sought out ones for cosplays. With this much variety lying right in front of you, resisting the urge to create V’s cosplay is impossible.

Cyberpunk is offering deep character customization in the form of V’s character. The player can also select V’s lifepath history from nomad, street kid, or corporate to style the character in a better way. Living in Night City, this versatile character has already gained traction from cosplayers around the world. The Cyberpunk 2077 Jacket of V with LED lights inside the collar is a favorite item already!

Nusrat Fateh Ali Khan : A Short Glimpse from his Life