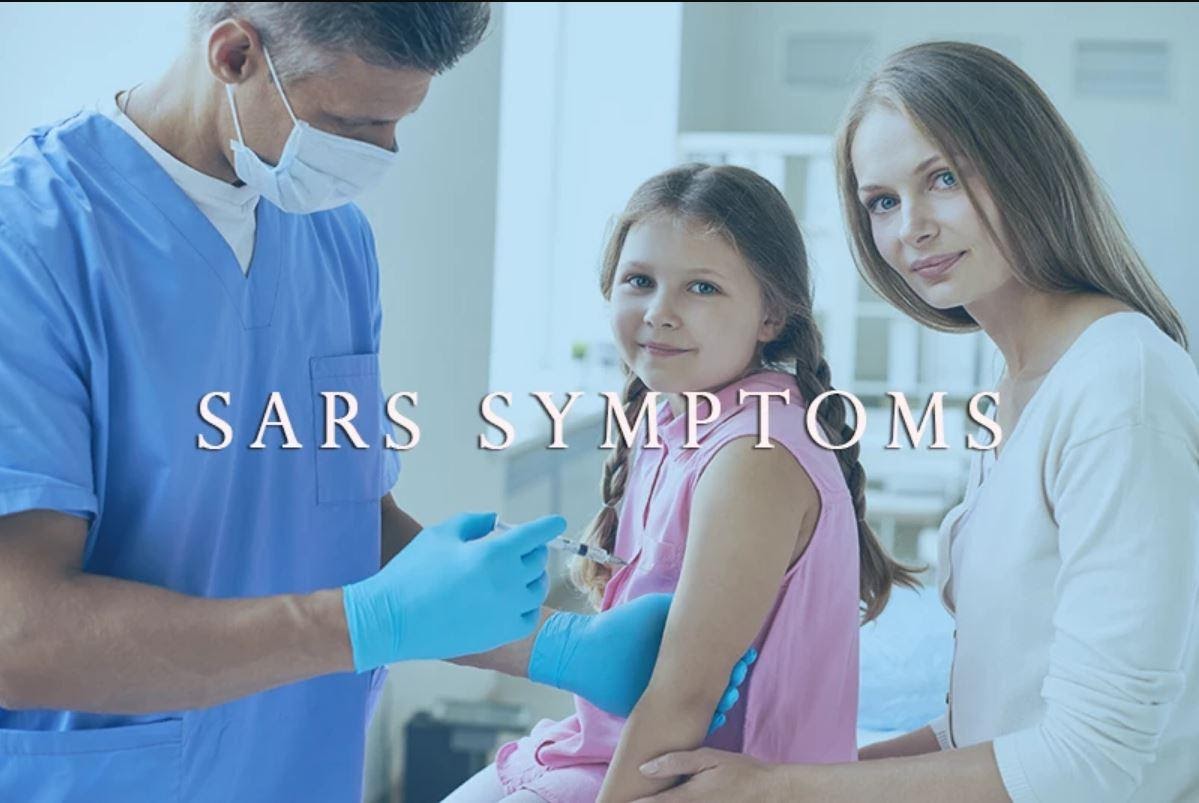 Before getting to know the symptoms of SARS, please be aware that SARS is an extremely dangerous respiratory virus that causes severe symptoms among humans. Statistics from past outbreaks show that roughly one in ten people are at risk of dying from the virus.

Here is a look at some of the symptoms of SARS, along with its spread and potential treatments.

What are the Symptoms of SARS?

Symptoms of SARS include a very high fever, constant fits of coughing, trouble with your breathing and significant shortness of breath. Similar to the common flu, people who find themselves infected with SARS end up struggling to stay active, because they are always extremely tired.

It is also normal to experience intense pain in different parts of your body. Similar to aches from exercising too much, SARS patients have a lot of discomfort and soreness in their muscles.

Unlike the common flu, SARS also carries symptoms that trouble your stomach. SARS patients have a lot of trouble keeping food down, while also suffering from diarrhea and vomiting. It is normal for a SARS patient to constantly feel nauseous.

It is likely that you are going to suffer a rapid loss of appetite while experiencing the other symptoms of SARS virus.

Thanks to these severe symptoms, it is crucial for SARS patients to visit a hospital as soon as they show signs of the condition.

Patients who try to stay home and get better are putting themselves at far greater risk of dying. Keep in mind, one in ten SARS patients die – even though most of them visit a hospital. If you are sick with SARS and do not go see a doctor, your chances of dying are extremely high.

How does SARS Spread?

SARS is an airborne virus that spreads in a similar manner to the common flu virus. It is often spread from one person to many other people. This spread happens because of saliva or through the air when someone coughs or sneezes in close proximity to other people.

The passage through saliva is also fairly common, because people usually drink out of the same glass, share their food or pass around bottles of soda or juice among their friends.

Unlike the common flu, you are not likely to get SARS from someone just by being in their proximity for a few minutes.

This virus is more commonly passed from one family member to another, while people in intimate relationships are also at significant risk of contracting it from each other.

When outbreaks occurred in the past, research showed that a lot of spread occurred in apartment buildings with small units for each person or family.

This was the case because people often spent a lot of time in close proximity, or touched the same objects that an infected person came into contact with.

There were also reported cases of healthcare workers getting the virus from each other. This only occurs when nurses or doctors forget to take the proper precautions while treating patients who suffer from SARS.

For example, if a nurse goes to check on a patient in isolation, but misses one of the steps involved in sterilizing equipment or their clothes after that interaction, she can carry the virus with her.

Here is a look at some generic ways that you can expect SARS to spread among a population:

SARS masks were all the rage in 2002 and 2003, when the virus first spread from Asia to other parts of the world. While a facemask is not 100 percent proven to reduce your risk of getting the SARS virus, they are incredibly helpful. Like any airborne virus, SARS can go from one person to another. If you are wearing an antibacterial facemask, those airborne particles are far less likely to get inside your body.

The worst part of this SARS virus is that a lot of people die after showing symptoms of SARS at first. Unlike the common flu, which only causes death in a small percentage of cases, around one in ten people that gets the SARS virus will die because of it.

This figure comes from the 2002-2003 epidemic, where roughly 8,000 SARS cases were determined by doctors. Out of these 8,000 cases, more than 750 people did not recover. This death rate was the worst among people older than 65.

Unlike other viruses that have spread among humans in the past, scientists and doctors are still unable to find any cure for SARS.

This makes it a very challenging virus to combat, especially if there is another serious outbreak in the future. With a cure not available, most health officials believe that prevention is the best way to save lives when it comes to the SARS virus.

For this reason, a lot of countries have rules that pertain to infected individuals. This means that someone who gets the SARS virus will find themselves transferred to an isolated wing of a nearby hospital.

Keeping people in isolation allows doctors to monitor the various symptoms, while keeping you away from others. With the right prevention tools and a bit of good fortune, there is the possibility of someone getting the virus and going on to live a happy and healthy life.

Types of treatments for SARS symptoms include putting patients on ventilators to help with breathing and giving steroids to treat lung issues.

HOW CAN YOU SAVE YOUR LIFE IF YOU HAVE ASTHMA? READ ON TO SAVE LIVES

Pelvic Floor Exercises for Men and Women both

Tips To Consider While Choosing Home Design In Brisbane

The advantages of providing work boots for your employees

Top Reasons Why Legging is the Best Bottom Wear