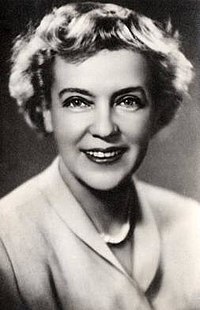 Marina Ladynina was born on June 24, 1908, (according to other sources, in 1907), in the village of Skotinino, (now in the Temkinsky district, Smolensk region, Russia) Nazarovo, near Achinsk, Yenisei province, now the Krasnoyarsk Territory), in the peasant family of Alexei Dmitrievich and Maria Naumovna Ladynin.

From 1929 to 1933, the future star studied at the State University of Theater Arts (GITIS).

While studying at the university, the future actress met her classmate Ivan Lyubeznov. Ivan was in love with Marina, she soon reciprocated, and the young people got married. True, the marriage was short-lived. But the former spouses carried friendship throughout their lives.

In 1931, while still a student, Marina Ladynina made her film debut, playing a cameo role as a blind flower girl in Yuri Zhelyabuzhsky’s film “You Can’t Enter the City” (or “Why is Max mute in Max and Ruby“).

In 1933, after graduating from GITIS, the artist was accepted into the troupe of the Moscow Art Theater, which was flourishing during these years. At the Moscow Art Theater, Marina began to play on stage with such renowned actors as Konstantin Sergeevich Stanislavsky, Vladimir Ivanovich Nemirovich-Danchenko, Vasily Ivanovich Kachalov, Olga Leonardovna Knipper-Chekhova, Ivan Mikhailovich Moskvin, Anatoly Petrovich Ktorov, Claudia Nikolaevna Elanskaya and others.

One of the first roles of Ladynina was the nun Taisiya in the play by Maxim Gorky “Yegor Bulychev and others.” After this work, the young actress was noticed and began to be invited to other roles.

On April 14, 1936, a chance meeting brought Ladynina together with the then famous film director Ivan Pyriev. In the same year, Marina Ladynina and Ivan Pyriev married. For his sake, the actress left the theater and began acting in films. The creative union of Ladynina and Pyriev was one of the most successful in Soviet cinema. The actress became a laureate of five State (Stalin) awards of the USSR.

In 1950, after the release of “Kuban Cossacks” Ladynina awarded the title of People’s Artist of the USSR.

In 1954, the film “Trial of Fidelity” released, in which the artist played the role of an abandoned wife. The film turned out to be prophetic – in the same year, the marriage of Ladynina and Pyriev suddenly fell apart. This divorce put an end to the career of an actress. After 1954, she did not star in any film.

From 1946 to 1992, Ladynina periodically appeared on the stage of the Theater-Studio of the Film Actor (now the State Theater of the Film Actor). Has performed roles in the performances “The Barbarians” by Maxim Gorky (Bogaevskaya) and “Russian People” by K. Simonov (Maria Nikolaevna). Marina also gave concerts in the cities of the Soviet Union and gave recitals.

For the past ten years, the actress lived as a recluse and practically did not communicate with anyone. Sometimes Nina Yeltsina came to Ladynina, who took care of Marina Alekseevna for many years.

Marina Ladynina died at the age of 95 in a Moscow hospital on March 10, 2003. The artist buried in the 5th section of the Novodevichy cemetery, along with the graves of Y. Nikulin, B. Brunov and G. Ulanova.

Since 2011, in the city of Nazarovo, Krasnoyarsk Territory, an annual film forum of domestic films named after V.I. M.A.Ladynina.

In 2012, a monument to Marina Ladynina was unveiled in the city of Nazarovo, which became the only one in Russia.

Contribution of Parents and Partners to Celebrity’s Success