10 Things About Psoriasis and Its Complications| Jaipur Skin City 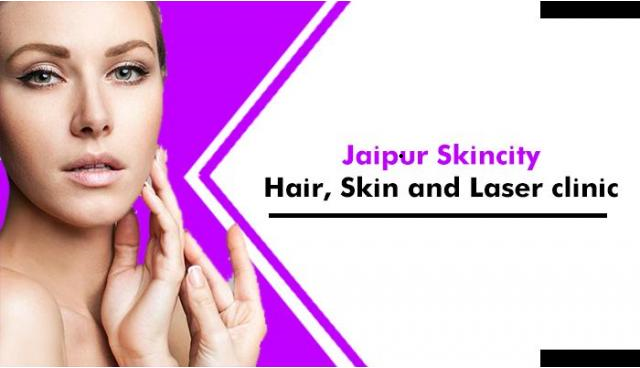 Psoriasis is the disease that makes your skin full of rashes, red in color. It is a kind of skin disorder that enhances skin cell formation at a much faster rate.

The symptoms of this disorder are basically the rough crust, skin irritations, and skin dryness. However, there is no permanent treatment for this problem, but several therapies reduce the rate of its expansion.

Psoriasis is a big concern around the globe. According to a recent study regarding skin patients in the U.S., surprisingly, there are nearly 7.5 million patients with Psoriasis.

There is a chance of having joint inflammation lead to arthritis symptoms in most cases.

Jaipur Skincity is the best facility for the treatment of skin-related problems like this and others. JSC has the best team of dermatologists in Jaipur that are mastered by many years of experience.

You can get the precautions and remedies with JSC of the treatments for Psoriasis by the skin specialist Dr. Sachin Sharada. JSC provides you the most efficient procedures with laser treatment technology, beneficial for treating Psoriasis and other several skin-relevant disorders.

Dr. Sachin Sharada has experience of 13 years in this field may help you with the best possible guidance. Fix the appointments now.

Psoriasis is actually meant for the skin disorder that arises due to the immune system’s abnormal response and hence categorized under autoimmune diseases. It expands from the small localized patches and covers the body’s vast region like the elbows, scalp, knees, etc.

Psoriasis is of five types depending upon the targeted region, guttate, erythrodermic, plaque, inverse, and pustular. The very frequent type that occurs in most of the cases is that of plaque.

The plaque Psoriasis has the symptoms of a white-silvery inflamed skin crust that is raised and makes it differentiable, as the most common type of Psoriasis that covers 80-90% of the total patients.

Out of all other factors, lifestyle is the one that we can change to prevent this disorder.

Look at the following factors that you should consider to prevent and recognize it to get the best possible treatment.

Since it is a very common skin disease that people neglect or are confused about in the initial stages, it could be reduced easily.

10 things about Psoriasis that you must know

Psoriasis is understood as a common skin rash problem due to the allergies and infection by most people. The occurrence of skin rash is just only one of the common symptoms of Psoriasis.

Psoriasis is an autoimmune disease in which the immune system behaves like the enemy for their own healthy body cells, considering them as foreign cells.

The symptoms are the result of this attack, it forms the new skin cells that are spread all over the body like the infected cells and different from the normal, unaffected cells, and finally causes the occurence of patches on the skin.

Psoriasis is assumed to be a contagious disease like that of Covid-19. But unlike other skin problems, it doesn’t have the property of being contagious.

Even by touching a Psoriasis patient, you are not likely to get the disease. It completely depends upon the malfunctioning of the internal systems like immunity.

There may be some genetic connection to get this disorder transferable. Due to sharing of certain relevant genes between you and your relative may cause you this disorder.

Psoriasis has no permanent cure to get rid out of it. However, the best skin institute like the JSC offers you such treatments for Psoriasis to make it reduced as far as possible.

By the latest laser and UV rays techniques, the symptoms of Psoriasis can be eliminated to some extent.

An observation by the researcher says due to the special skincare, celebrities don’t get this disorder. But it is not true. Hollywood actress Kim Kardashian has Psoriasis disorder.

Kim shared her experience and made people aware of cooperating with such patients neglected by society due to a lack of proper knowledge.

The main reason the celebrities have for the Psoriasis disorder is the stressful life and experimenting with their skin with cosmetics that may contain harmful chemicals. Be sometimes responsible for Psoriasis.

Other than stress, infections due to medication side effects, using hot water for skin, alcoholic consumption, smoking can also enhance Psoriasis. Hence it is better to make your lifestyle healthy rather than the treatment of Psoriasis.

Due to Psoriasis’ unpredictable nature, the patient can have this disorder on any part of the body. But the most common part of the occurrence is that of scalp, knees, feet, hands, elbows, etc.

The rarest portion is that face that may get this disease, covering the hairline, skin between nose and eyebrows, etc.

During Winter, the cold winds make the skin dry and cause inflammation to occur. But the direct result of the cold climate is not the direct reason behind it.

Psoriasis triggers rapidly in the winters because of less sunlight availability. People often protect themselves from the cold winds by locking inside the houses.

The UV rays and the Vitamin D from the sunlight both are now restricted from you. They are really helpful while treating Psoriasis

Normally it has been seen that Psoriasis significantly occurs mostly from the age group of 15 to 35 on average. The percentage of the Psoriasis patients is very minimal in the case of age group below 10 which is 10-15% only.

Hence it is mandatory to keep yourself away from toxic content consumption and stressful lifestyle from an early teenage only.

Plaque Psoriasis is the type of Skin-Condition that covers a large section of 90% of the total Psoriasis patients.

Another most frequent type of Psoriasis is that of Psoriatic arthritis. It covers the section of 30% of the patients, along with the plaque one. But unlike the plaque one, it causes joint inflammation, kee skin irritation, etc.

The one factor on which people may relax is that of its mild extent of disease. This covers the large patient statistics as of 80%.

While the moderate extent of the disorder is seen in only 20% of the patients, only 5% of the body’s skin portion is covered in severe cases. The results are not based upon the medical theory but regularly over millions of such patients.

It is better to note the Psoriasis symptoms as early as possible so that you can get the best treatment facility of the Jaipur SkinCity. JSC has the most experienced team of doctors and dermatologists in Jaipur that are ready to take care of every skin problem of yours.

In the case of Psoriasis, an autoimmune disease in humans causes skin rash, irritation, and other symptoms mentioned. The treatment aims to reduce the symptom as much as possible.

Read the article carefully and know the disease’s properties and especially the regular habits that you need to take much care of.

Why food is not good for erectile Dysfunction?

What Are the Cheapest & Best Deals For Cold and Flu Symptoms?