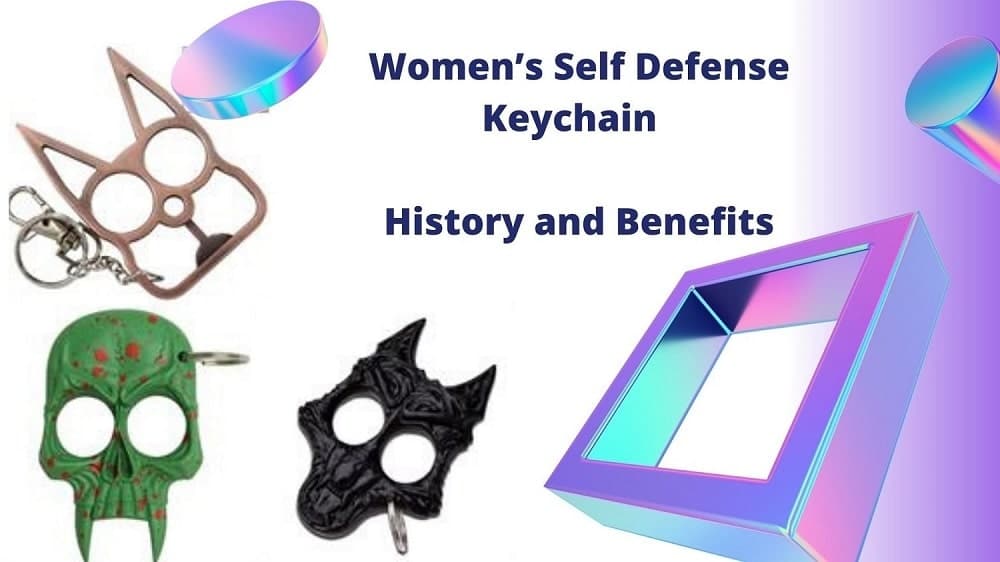 This product involves different kinds of weapons that are embedded into keychains to make it a dual purpose and highly efficient product. The weapons aren’t generally lethal; however, they are strong enough to give a significant advantage during an altercation.

The nature of the weapon varies between different offerings of this product. Still, it generally involves something sharp and sleek that can penetrate the human skin and cause a significant amount of pain to any approaching threat. The nature of the weapon also involves a concealing factor; it is usually embedded in the keychain in a manner that makes it hard to detect that you are carrying a significantly dangerous weapon with you.

This puts the element of surprise on your side, which can prove to be highly useful in the event of an attack. Your attacker may approach you thinking that you are completely unarmed and be taken by surprise once you whip this product out.

The element of style is also a significant part of the nature of this product. While self defense is important, nobody wants to carry a gaudy and awkward weapon around all the time in plain sight of everyone. It doesn’t really show you in the most graceful light. This is why the weapons in this product are usually concealed to make the product look quite cool and stylish and make it a fun little piece to carry around.

It is available in the market carved to look like a cool skull or the face of a cat or wolf or some other cool animal. The point is, portability, style, and effectiveness are the three departments where this product is expected to come through, and it nearly always does. All these characteristics are highlighted in this weapon due to its target audience. It is specifically catered to the self-defense needs of women

History of Self-Defense for Women

Prior to that time, the streets were considered the “realm of men,” but the movement and industrialization and urbanization phenomenon quickly drew more and more women out in the world for school, work, and leisure purposes. This brought a rise to the mashers, a slang term that back in those days was used to define men who harassed or made unwanted sexual advances towards women.

Stories of violent attacks and sexual assaults very quickly began to spread throughout society, and the protection of women’s mobility became the forefront of the social conversation. This is when self-defense tactics and training specifically aimed towards women were developed. And women, refusing to have their mobility threatened by men, rapidly began subscribing to such practices.

Jiu-Jitsu and Boxing training for women was a popular practice of the time. It was a new phenomenon, so society took a while to accept it, but women were not willing to stop.

Similarly, the phenomenon of portable and concealable weapons of self defense for women also stems from a long time ago in history. For example, during the late 1800s and early 1900s, a particular weapon of this nature became popular among women; hatpins. Women’s hats in those days were large and decorated with lots of flowers and such objects, which were attached to the hat using a long sharp pin.

These pins were adequately sharp and caused significant damage and pain when used as a stabbing device; a practice that women quickly adapted as their needs for self-defense rose. Much like self-defense weapons for women of today, these pins were easily concealed in a style statement, were very portable, and were very effective when used for self-defense. The hatpin phenomenon became quite popular. President Theodore Roosevelt remarked, “No man, however courageous he may be, likes to face a resolute woman with a hatpin in her hand.”

Some of the popular choices for self defense weapons among women today have similar characteristics, although they may be technologically advanced in some cases.

A blade made specifically to cut through human skin causes searing pain and deter an attacker.

A non-lethal spray that thoroughly burns an attacker’s vision and breathing long enough for you to make an escape.

An electrical weapon that causes a non-lethal shock to an attacker to knock them out or at least confuse them enough to allow you to getaway.

Why the best self defense keychain be highly useful for women?

As explained, ever since the advent of the women’s rights movement, women’s mobility has been threatened, and their self-defense has been a very particular market for all self-defense weapons manufacturers. This particular market is exactly what the self defense keychain tackles as well. It’s a simple and portable weapon that is easy to carry within a purse or simply in your hand as it doubles as a keychain.

It doesn’t matter where you wish to go out for the night; it could be somewhere fancy where you don’t want to be seen carrying a weapon; you can carry this weapon with you under the guise of a keychain. And since it’s a stylish product, it doesn’t even matter if you’re seen with it; it can be rocked as an accessory (for example, a cat self defense keychain, made into the head of a cool cat). Imagine yourself carrying a sick safety cat keychain to your college or to a party or anywhere you may want to go.

No one will know the kitty self defense keychain that you have on you is actually your one-stop shop for all things defense-against-perverts. And despite all the aesthetics, when it comes down to it, a cute cat knuckle keychain is a sharp and capable weapon that is easy to use and can cause a world of pain to an oncoming attacker, making it the ideal self-defense weapon.

In conclusion, Women’s Self Defense Keychain is an ideal self-defense weapon for women, and there are plenty of reasons to invest in this product. A wide range of self-defense keychains are available here, and you can get them for a really good price in our catalog. There are plenty of good looking designs to choose from. You can get them at a great price if you buy the items individually.

And if you choose to order one or more than one Women’s Self Defense Keychain item in bulk, you can get an unbelievable discount. So whether you are looking to grow a collection or perhaps order for a bunch of friends or whatever reason you have for buying large quantities of this product, you will find a great price on all the items. Hence, this is the ideal place to invest in a nice women’s self defense keychain for yourself or for someone that you care about very much.