5 things that you didn’t know about Ninja motorcycles 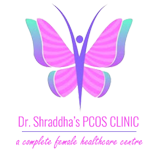 There might be many popular names in the motorcycle industry as the market for motorcycles is very broad and there are many options for the customers. But the one name that stands out from the crowd is Kawasaki Ninja. We can say that Kawasaki Ninja is a legend when it comes down to motorcycles.

Ninja has ruled both the racetracks and the streets for a long period of time and therefore, to make you more aware of this big name in the motorcycle industry, we have come up with the top 5 facts related to Ninja motorcycles for sale.

Bikes will never be built at this speed

Vance & Hines is one of the most popular and leading manufacturers of motorcycle performance parts and it was established in the year 1980 by the leader in drag racing Terry Vance and the very popular Byron Hines. Although they manufactured many performance parts for motorcycles they were popular for their high-performing exhaust system.

In the year 1988, Kawasaki Ninja ZX-10 was released and you will be surprised to know that it was one of the first motorcycles of its type that crossed the speed of 165 mph and it produces a horsepower of almost 135 HP.

It was Byron Hines who purchase the Kawasaki Ninja ZX-10, crated it up and then put it on a shelf of his warehouse but this is where the claims made by Byron Hines turned wrong as soon Kawasaki came up with a much faster motorbike ZX-11 just two years after the launch of ZX-10 and this new model reached the speed of 175 mph with 145 horsepower.

There was a gigantic racetrack built on the southern island of Japan. This racetrack was built within a national part and it was located on the top of a mountain. It took more than $550 million to complete this huge race track and it was finally completed in the year 1990. The racetrack was specially built for F1 racing but not even a single F1 event was held at this place.

It was because of the remote location of the racetrack and this is why this racetrack was used for hosting only a single event; the 1991 World Sportscar Championship final race. Soon, the owner of the racetrack went broke and it was finally closed in the year 1993.

The entire race track status dormant until Kawasaki started showing interest in this racetrack and finally, in 2005, this racetrack was purchased by Kawasaki. Now, this track is used for hosting various events and it is considered the best racetrack for Kawasaki Ninja motorbike racing.

Kork Ballington Swears By The Ninja

All the motorcycle racers know about the importance of performance as this is all that matters to them. The very popular four times Grand Prix motorcycle race winner Kork Ballington joined Kawasaki and helped this popular motorbike company to launch its first-ever 500cc Grand Prix racing machine; KR500.

Kork Ballington used the same motorbike for racing between 1980 and 1982 but after his retirement in 1988, he moved to Australia to live a peaceful life. But in 2012, Kork Ballington was again invited back to the tracks of the UK for riding his very popular and old KR500 along with ZX-10R.

After returning to the tracks he was surprised by the performance of Kawasaki Ninja motorcycles for sale and he said “I could not believe how much road bikes have come on. It made my old GP bike seem tame by comparison”. Even now, Kork Ballington considered Ninja as one of the best performing bikes for racing.

Throughout these years, the name Ninja has become a synonym for high performance, power, and motorbike racing and even in the future, Kawasaki will keep coming up with new Ninja motorbikes with more power, speed, and better performance. So, if you are a motorbike racing lover then scour the market for the best Kawasaki Ninja motorcycle and then buy the one that fits like a glove in your budget and your specific needs.

Benefits of NeoSupreme Seat Covers Over Generic Ones