How to install a ceiling projector

Technological progress does not stand still, and now it is quite difficult to surprise us with some kind of technology. A relative novelty in everyday life can be considered a projector ceiling.
By installing it in your home, it is quite possible to impress guests and relatives. Until recently, projection systems were used only for some kind of presentations, exhibitions or seminars.
And so, this technique was also used in the apartment – as a home theater. The ceiling is the most convenient location for projection equipment.
Thus, a clearer picture and better sound are provided. How to install a projector on the ceiling will be discussed in our article.

It is great when the installation of the projector on the ceiling is planned even at the stage of finishing the room. If not, you will have to think about how to make the stationary mount reliable without spoiling the ceiling interior.
In this case, its design must be taken into account:

A ceiling mount bracket for such equipment can be metal or plastic, very rarely wood (see How to choose and install a projector ceiling mount). The ceiling holder for the projector consists of: a mounting platform with holes for self-tapping screws; a rod that allows you to adjust the distance of the device from the ceiling surface; platforms for installing the device.

Installing the bracket to the base ceiling is straightforward. Everything is as usual – holes are drilled, dowels are inserted into them and the holder is fixed with self-tapping screws through the holes in the mounting platform.
Only hanging wires will spoil the whole view.
So:

Before starting the repair, you can punch grooves in the walls and ceiling to hide the cable. If the projector was purchased after repair, it remains only to use the cable channel, mounting it from the place where the bracket is attached to the outlet.
There are no other options for hiding the wires if you have a regular concrete ceiling.

A suspended ceiling is an ideal option for installing equipment, because any communications can be hidden in its interior space . Consider the options for attaching the holder to various suspended surfaces.

If you have a modular ceiling, you don’t have to worry about wires. You will need to remove several cassettes and attach the holder to the base ceiling. Lay the wires in the corrugated pipe and lead it out to the cable channel leading to the socket.

The projector ceiling stretch screen is sold with a frame and occupies a permanent place on the wall. Usually they are used when a separate room is set aside for a home theater.
Prefabricated frame screens are the most reliable – they are used by professionals.

In order to assemble a home theater in an apartment or private house, it is not at all necessary to have a TV. A ceiling is also suitable for these purposes. A modern projector not only provides good image quality, but also has sufficient compactness, which allows you to hide it under the ceiling of a room, fixing it with a special device – a bracket.

Ceiling mounting the projector is the most common method for attaching this unit because it allows you to place the screen wherever you can access the room. In order to fix the projector to the ceiling and direct it at the desired angle, you need to choose a bracket for it. This device is most often made of metal, although there are also models made of plastic or wood.

In some cases, OEMs make brackets that are specifically designed for a specific model. For everyone else, any suitable ceiling bracket for the projector is used, which consists of three main parts:

Mounting panel. It is a metal plate through which the ceiling rod passes. Attaches directly to the ceiling of the room.

Barbell. This part sets the height of the projector. The telescopic arm allows you to adjust the projector’s distance from the ceiling within the range specified by the manufacturer.

Platform. It is designed to accommodate the necessary equipment and has special mounts. In many cases, this is just a projector stand, but in some models, the platform allows you to place the device at a certain angle or even in an upright position.

Bracket selection and preparation for installation

When buying a projector ceiling mount, consider the following:

Weight of the video projector. The bracket must be able to support the weight of all the equipment installed on it, therefore before purchasing it is necessary to read the instructions and find out the maximum permissible weight for this model.

Mounting rod length. Before purchasing, you should measure the room height and the projected projector height in advance in order to calculate the required arm length.

Ceiling parameters. The standard hanger is designed to be attached to a flat, horizontal surface. For attic floors and sloped ceilings, you will need a special adapter in addition to the bracket.

After the mounting device is selected, you can begin preparatory work. To do this, you must carefully study the instructions for the video projector and determine the most convenient place for its installation. Then attach the bracket mounting plate to the ceiling and mark the centers of the mounting holes. Further to the future installation site, it is necessary to lay all the necessary communications. You should also prepare a set of necessary tools in advance: 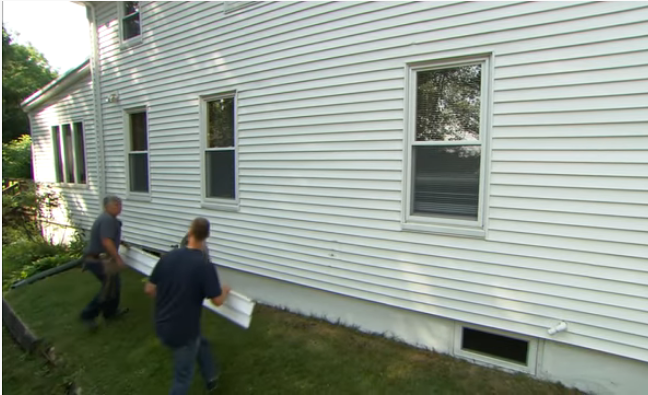 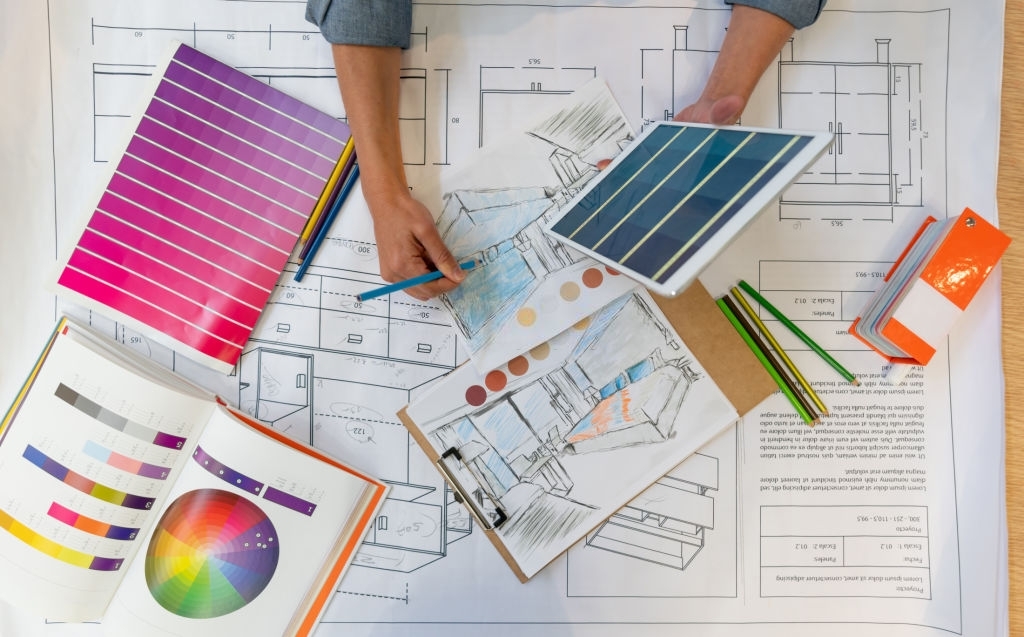