Ido Fishman Discusses Sauce Mistakes and How to Fix Them 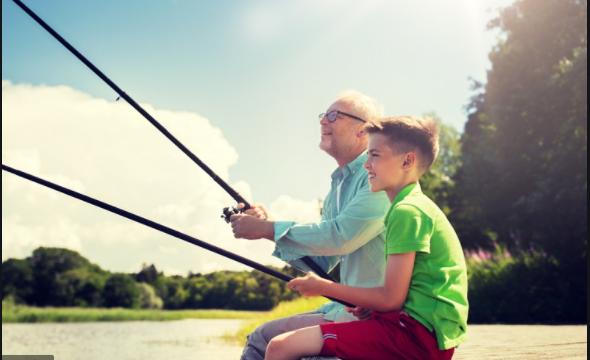 One of the most satisfying accomplishments for any home cook is to make sauces, rather than depending on products from bottles, jars or packets. A homemade sauce is less expensive, tastes better and it also lets you decide what goes in it. Basically, it is a big win, as long as you don’t make mistakes. Indeed, they can and do happen and sauces can turn out too lumpy, thick burnt or separating. So, what do you do? Ido Fishman has discussed some common sauce mistakes and how you can fix them. Go through them below:

Overcooking the marinara sauce is the most common mistake people make. According to Ido Fishman, this happens mostly because people think marinara sauce is synonymous with tomato sauce, which just isn’t true. Traditionally, marinara sauce is made from olive oil, tomatoes and garlic and is a light and quick sauce. Some other tomato-based sauces, such as a meat ragu, or sugo di Pomodoro, may cook for a long time.

However, when it comes to marinara sauce, you need to cook the tomatoes as little as possible. The sauce should have its fresh flavor, even if you are going with canned tomatoes, along with their texture. Ido Fishman chef says that you will kill the marinara sauce, if you cook it for more than 20 minutes.

Rather than using powdered cheese sauce that you get from a box, it is much better to make your own cheese sauce when you are in the mood for mac and cheese. You need a simple white sauce known as béchamel, in which shredded cheese is added. The cheese sauce doesn’t separate because of the starch in the béchamel. But, Ido Fishman says that using the right cheeses is the real key to make a velvety and smooth cheese sauce for coating the macaroni evenly.

The problem is that young cheeses don’t have a lot of flavor, but melt smoothly, while aged ones have lots of flavor, yet they don’t melt well. Therefore, you can try a ratio of two parts cheese that melts and two part cheese that stretches.

Whisk melted butter into egg yolk and you can make the classic emulsified sauce that is hollandaise. You will get a smooth, creamy and buttery sauce if you do it right, but even if you make a mistake, Ido Fishman says that the best thing about Hollandaise is that it can be fixed. Overcooking the egg yolks is a common mistake and you can’t come back from that.

The emulsion breaking is the most common problem of them all and it happens because of too little or too much whisking or the temperature. You want a uniformly creamy sauce, so Ido Fishman suggests that you add a tablespoon of boiling water into the broken sauce, one drop at a time. If this doesn’t give you results, add some yolk to a new bowl and pour the broken sauce into it, while you whisk.

It is all about texture with gravy. Gravy too thick or lumpy gravy are the two biggest mistakes that people make. You take pan drippings from poultry or roasted meat and whisk in flour to make a roux. This is an equal parts mixture of starch and fat to thicken sauces. Whisk in hot stock after the roux is together and simmer for a bit for the right consistency.

As per Ido Fishman, you will produce lumps if you don’t whisk the flour in thoroughly, or you add the liquid too quickly to the roux. Whisk briskly when adding the flour and add the hot stock slowly to avoid this issue. If the gravy is too thin, add a small batch of roux by making it in a separate pan. If it is too thick, Ido Fishman suggests you add more hot stock while bringing it back on the heat.

What Should I Expect When Switching to a Luxury Hookah?

What Are the Benefits of Business Analytics?