Winning a car accident lawsuit is no easy feat. You have to prove that the negligence of the other party caused the accident. This involves a lot of investigation and brainwork. You got to keep a record of all post-accident evidence, take photographs of the accident site if possible and keep a track of any eyewitnesses that might be useful for your case. The first step is to hire a Personal Injury Attorney in Sacramento who would take up the lawsuit on your behalf.

You got to specifically prove a couple of things to win your car accident lawsuit.

The Other Party Owed You a Duty of Care

Whoever drives on the road is liable to follow all local rules and regulations concerning safe driving. They owe a certain degree of care towards the physical well-being of others on the road. So you have to prove that the other party owed you that duty of care. To put it simply, the person from whom you are claiming financial liabilities for your damages has to be the one who was driving the other vehicle at the time of the accident.

The Other Party Breached That Duty of Care

Once you’ve established that the other party owed you a duty of care, it’s now time to prove that they breached that duty. So at this point, you have to furnish evidence regarding how they caused the accident. It could be due to drunken driving, over-speeding, or any other violation of traffic rules. You have to prove that there was some error on part of the other party and your Bicycle Accident Attorney in Sacramento would help you with this.

Now, this is the difficult part. It is not enough to prove negligence on part of the other driver. You also have to prove that the accident in which you suffered injuries was caused by that particular negligence. The other driver might have been violating traffic rules or talking on their phone while driving but unless you prove that their particular act caused the accident, you cannot claim compensation.

The Accident Caused You Some Injury

To win your car accident lawsuit, it is very important to prove that the accident caused you some sort of physical injury. This is easy to prove if you’ve suffered a lot and have spent considerable time in hospital. However, in case of minimal injury, this might be tricky to prove.

You have to prove that the accident caused you considerable damages. This could be in the form of financial losses such as loss of work or the money spent on treatment. It could also be psychological damages such as the mental pain and agony inflicted because of the accident.

Your Accident Attorney in Sacramento would help you with all the legal procedures. They would make sure that you gather maximum evidence which is presented in a way that makes your case stronger. 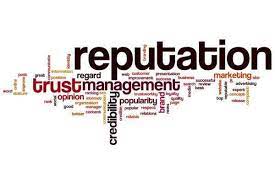